Synopsis: On an icy winter’s day in southwest Michigan, Grace Abbot wakes up as the survivor of a car crash. But she’s left with a traumatic brain injury and a terrifying reality: she can’t remember anything.

Left in the care of her sister, Grace returns to the family’s secluded old farmhou 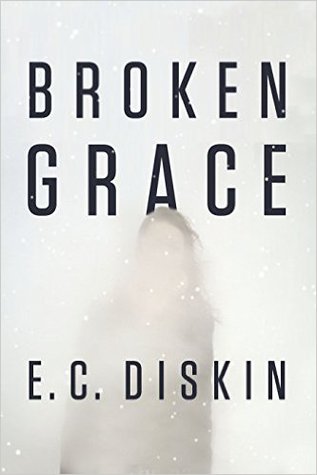 se to recover—but within an hour of her return, the police arrive. Grace’s boyfriend has been murdered. Without any memory, Grace has no alibi.

With suspicion weighing heavily on her and flashes of memory returning, Grace searches for clues to her past. But with every glimpse, her anxiety grows. There is something about the house, her family, her childhood…perhaps the accident isn’t the only reason she can’t remember. Are the dark recesses of her mind hiding something even more sinister and terrifying than she could ever imagine?

And someone is watching. Someone willing to kill again to protect a secret.

Most of this book I really enjoyed. It was really hard to put down at times. A plot line that had you wishing the best for Grace. The characters were all interesting for the most part, each having a distinct personality…but on the same note, seemed like these were all the same characters you’d see in any novel of this caliber. Nothing really new or fresh about it. Then again, if it works, why fix what isn’t broken?

I think my concern for the predicament Grace is in would’ve been greater had I not had the cop’s POV constantly reminding me that he was fighting for her. It switched back and forth pretty often (I think it could have done well with maybe only have a couple cop sections), and it left me without any real sense of urgency as the novel went on.

There is a big twist near the ending that really pulled me in, but after thinking back on the book as a whole, I began to wonder if the twist actually fit in with what had previously been written. That twist, though, is the primary reason I will remember this book.

All in all, I’m a sucker for the edge-of-your-seat thrillers, and this one was definitely just that. If that’s what you’re looking for, I’d recommend this book. Even with some flaws, it’s a good read.