A Rant About Starbucks:

First, please pardon my lack of postings last week. February’s been a tough month, but I think we’re finally getting over the hump. At the same time, I think the last 4 months before a wedding are the worst. So we’ll see how this goes. Especially with the stress of my first dress fitting in 8 weeks. #makemeskinnynowplease

OK. A rant about Starbucks today. I’ve been a pretty loyal fan of their overpriced coffee-type beverages for several years ago. Call me your typical white girl (I did own a pair of Uggs [til the bottom ripped off], and I have an iPhone with monogrammed phone cases), but I’ve never denied my Starbucks habit. I get at least $50+ in gift cards every year to Starbucks.

I secured my gold status in like April last year to stay safe until March 2016. The way their rewards system has been set up is that each purchase gets you 1 star, and (if you’re a Gold member) after you hit 12 stars, you get a free menu item.

Ever since I started to unsuccessfully diet, I stopped drinking their Frappuccinos, mochas, etc. and settled instead for a plain old cup of coffee. Usually the blonde roast, but the Pike Place was fine too.

It was a good set up. After I bought 12 coffees, I would get a free one.

Starbucks announced today that they’re overhauling their rewards system. Which I will agree was necessary. Only earning 1 star regardless of whether you spend $3 or $20 is unfair.

What they’ve done is made it so that now you earn 2 stars for every $1 you spend, and if you’re a Gold member, you’ll earn your free item after you hit 125 stars. Which means for every $62.50 you spend at Starbucks, you get a free item.

Listen, if you’re someone who does drink a $6 beverage everyday, or who gets coffee and breakfast, or whatever, yeah you’ll probably benefit from this.

I drink coffee at home quite often. But some mornings, I just want to be able to take my coffee on the go. That would be easier if I had more than one travel mug, especially that I would quit leaving at my work desk every time I do use it. In all honesty, the rewards thing isn’t even really what kept me going there. I just like the atmosphere. Especially now that I’m a “regular” and just about every barista knows my order.

But UGH. I dunno, I get that people have been requesting a revamped rewards system. But what they’ve done is screw over so many people. Including me. And for that, I’m upset.

I will say that in comparison to the month I’ve had, this is something stupid to be upset about. But if this is at the top of my annoyance list today, it’s a good day haha!

It’s their business — they can change whatever they want about their rewards system. That’s one of the basis of capitalism. And I am a staunch supporter of capitalism.

It’s also my money — I haven’t actually used my own money at Starbucks in several months, but I think once I get to my next free drink, I’m done making it a habit. I’ll just go buy 5 travel mugs (that way if I leave them at my desk every damn day I’ll still have one for the next day), and save myself a lot of money in the long run.

Because say I bought one coffee from Starbucks 3 times/week every week of the year. That’s $2.33 x 156 = $363.48/year I’m spending when I have a perfectly functional Keurig at home. Especially considering that 99% of the time, Brad buys the K-cups for it. I have debt I could pay off with that money…

So I am making a public declaration here. I am going to quit going to Starbucks so often, and start making my coffee at home. 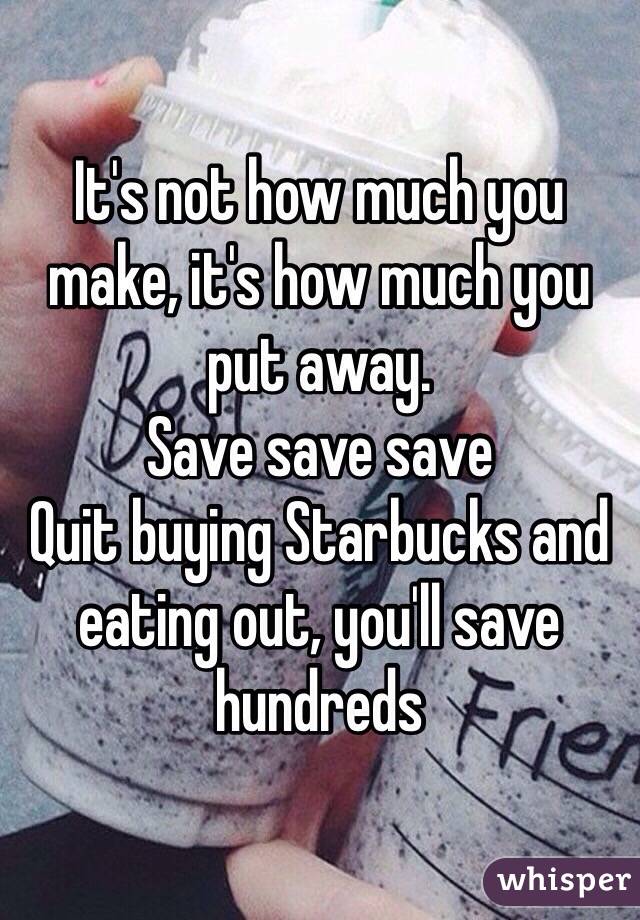 But I’m still going to drink gallons of coffee a month. That won’t change.