From what I would probably guess is chapter 3 or 4? Maybe 5? I don’t know, I don’t usually label chapters until later.

From my current WIP, I’m Not OK.

She screamed louder than she ever had before.

She screamed while standing in the middle of the kitchen.

She screamed as her mom and dad stared, mouths hanging open.

She thrusted her hands onto her face and screamed again, the loudest of all, and then ran out of the house.

She ran fast, well, as fast as she could. Gym was never her favorite class in school.

She ran down the street, around the corner, around another corner, into the more heavily treed area, back out to a street, and finally stopped when her lungs came so close to exploding.

She looked around. She knew where she was, but her head was spinning. She dropped herself onto the edge of the sidewalk and attempted to catch her breath. She reached to her back pocket, but it was empty.

It’s on your nightstand, idiot.

She only had two choices. Find somewhere to go for the night that she could walk to, or go back home with her tail between her legs and face her mother in all of her horrendousness.

The sound scared the swarm away. She focused on what was in front of her.

A car. A car she didn’t recognize. She figured this was how it would all end, exactly the way her mind said it would.

She vaguely recognized the voice. A male.

The person’s face finally came into focus, and Mariah recognized Chris almost immediately. Mariah was still breathing heavily from her run into this neighborhood, so she wasn’t able to answer immediately.

“Come get inside my car. Blow some cold air on your face.”

He was patient and soft in his movements and he kneeled behind Mariah and helped her stand up. He slowly walked her to the passenger door of his black SUV, opened the door, and helped her slide into the seat. Chris ran around the car and climbed into the driver’s seat, and then blasted the air conditioner, turning the vents towards Mariah.

After a few minutes, her heart quit racing, and she caught her breath. She buried her head in her hands.

Chris sat quietly the entire time, most of his focus on his cell phone.

“Where did you come from?” Mariah finally asked.

Chris locked his phone and looked at Mariah. “This is my house,” he said. “How did you end up here?”

Mariah pursed her lips. “I ran.”

“I am actually not kidding,” Mariah said, turning to look out the window. “I’m just lost.”

“I can give you directions…?”

Mariah rolled her eyes and looked back at Chris.

“Not that kind of lost, you idiot.” She paused. “Sorry. We’re not close enough for me to call you an idiot. I was speaking rhetorically though. I know where I am. My mind is lost.”

“Graduating can do that to a person,” Chris shrugged. “Still doesn’t explain why you were out of breath I’m assuming miles from your house.”

Mariah was embarrassed. As much as she was used to her own mother calling her out, that was usually the only person she’d ever had act that way around her. She thought for a few seconds.

“Look, thank you for helping me calm down.” She started to open the car door. “I’m going to head on home now.”

“No,” Chris said, reaching his hand out to stop her. “I’m sorry. You’re clearly going through something. Let me take you home.”

Mariah sighed. “I don’t know if I can go home.” She still had one hand on the door. “I ran out. My mom is just so overbearing. It’s been 36 hours since we graduated and she’s already pushing what’s next. Like, I don’t know! I don’t know what’s next!”

“Put your seatbelt on,” Chris said.

Mariah turned around, her eyebrows furrowed.

“Is this how my rape story is going to start?”

“We’re going to get something to eat, and then I’m going to take you home. If your rape story starts tonight, I will be a supporting protagonist, not the antagonist.”

Mariah put her head in her hands. “I’m sorry. I don’t know why I’m being so mean to you. You’ve been nothing but helpful. I’m just so …”

“Lost?” Chris asked with a wink. ”Seriously, calm down, and just put your seatbelt on. Food is the answer to all of life’s problems.” 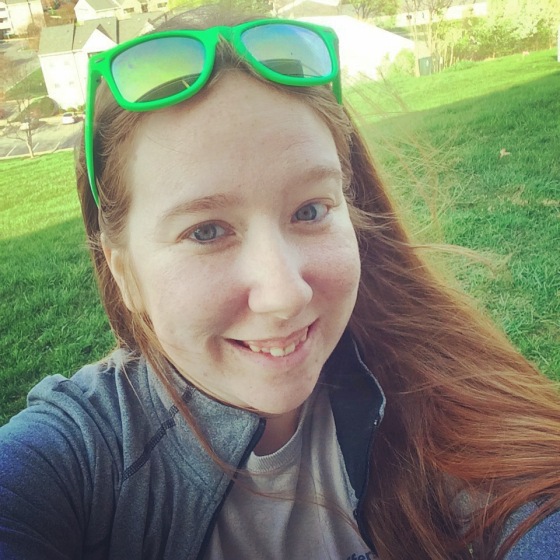